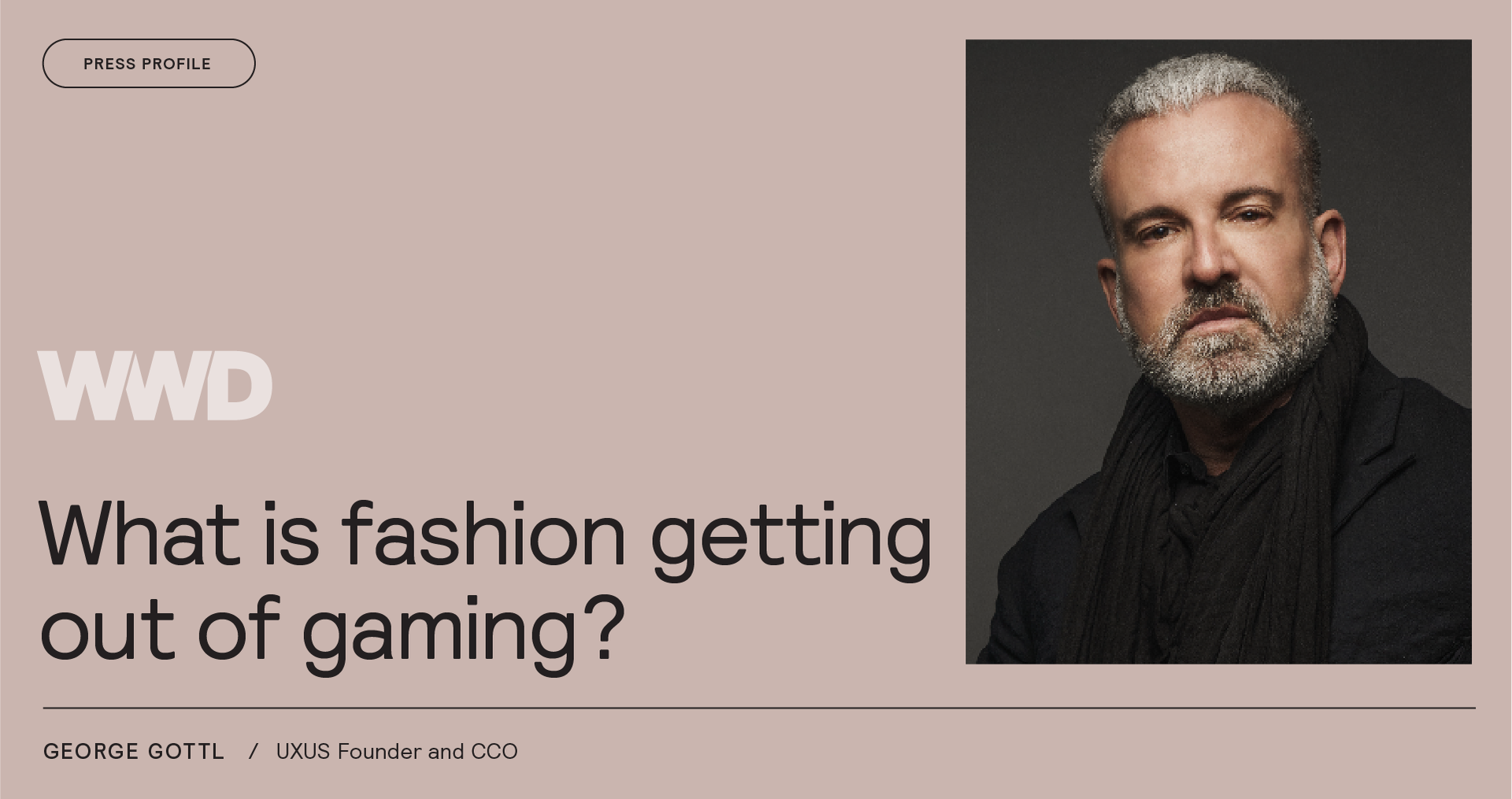 What is fashion getting out of gaming?

The game is on in fashion and while the styles are pixelated, the money’s for real — or could be.
5 July, 2022
Share socially

Fashion brands have been leaning more than ever into the booming world of video games, including with some early IRL connections outfitting gaming teams in stylish hoodies and recruiting players for the front row.

But those are just the kind of workaday marketing connections fashion is so good at and very much rooted in the traditions of the current industry.

The real action is on the other side of the digital divide, where brands can count on-screen time in games as advertising or, enticingly, create a look once and sell it many times over without ever thinking of inventory.

Gucci and The North Face collaborated with Pokémon Go this year, the latest brands to explore the digital realm. Previously, Jordan Brand sneakers dropped in Fortnite, Jerry Lorenzo, Don C and others were featured in NBA 2K 2020 and Louis Vuitton created skins for League of Legends champions. Christian Louboutin took press and VIP guests to the digital Loubi World in the Zepeto social gaming app, a pandemic era workaround for fashion week that helped show the flexibility of gaming as a fashion platform.

By chasing gamers, the industry is chasing not just cash, cultural currency and consumers, but a future that could change everything.

It’s next level time for fashion.

And for a designer brand with more cache than cash, collaborating with a game maker can be a good connection.

“Those deals tend to be very, very brand-friendly,” Hand said. “Those gaming companies are awash in cash and are willing to spend it to give their games any edge. The market is the tip of the iceberg now. It is so underdeveloped that it is really a ton of white space now.

“What’s more like a red carpet or a fantastical merchandise look book than the hyper reality of a lot of these games?” Hand said. “The first movers will get a big step forward. In the same way brick-and-mortar represents a platform for sales, but also it’s a marketing opportunity. This is one of those hybrid [situations]. The deals will just get bigger, they’ll become partnerships. You might see some of the conglomerates start their own game development.”

So far this century, brands have had to become retailers, e-commerce experts, social media personalities, AI experts and purpose-driven engines for change and the greater good. A little game development might not be that far behind.

As of now, there is the gaming economy — which is massive and growing — and then there’s the economics of the nebulous space where fashion and gaming are starting to meet.

According to Lewis Ward, IDC’s research director of gaming, esports and VR/AR, the worldwide gaming industry saw revenues shoot up 119 percent last year to $204.6 billion, with just 7.7 percent of that coming from video game consoles.

Ward estimated that the total number of U.S. monthly mobile gamers rose 7.5 percent last year to 184.6 million and that 100.4 million of them were female. The mobile gaming crowd also skews young with 30 percent of the female gaming population under 25.

That is a group that’s simply too big to ignore.

“We have to look at the world of fashion in a very different way than we have in the past,” said George Gottl, chief creative officer and cofounder of strategic design consultancy UXUS, and former creative director of apparel at Nike.

“The traditional drivers aren’t that important anymore,” Gottl said. “It’s more about the brand halo versus just trying to sell stuff. It converts to cultural currency, which is more important than actual sales, because, if you have the cultural currency, you have the sale. We have to stop thinking about these games as something that starts and ends. People live their lives in these virtual communities, especially young people.

“The world of fashion and brands in general need to connect to those consumers,” Gottl said. “They’re spending a ton of time on these platforms and that’s time that’s being eliminated from any of [the] communication or advertisements that these brands might be doing. Where are you going to get their attention? You have to be present in these games.

“The brand is the experience,” he said. “The social currency that those experiences create is the new aspiration. It’s not about money, it’s about social status and cultural currency. That’s what brands have to tap into.”

Thinking of gaming as not just a place to advertise, but a place to live requires a cognitive shift that could lead also to a business model transformation.

Fashion has been there before, although a jump to gaming could be the biggest — and most lucrative — jump yet.

Traditionally, brands designing and producing apparel made their money selling it to stores which, in turn, courted consumers. That business continues to this day, but along the way, brands picked up marketing savvy and started selling dreams of a particular lifestyle and started using those dreams to move the inventory.

A widespread shift to selling digital styles for gaming avatars and digital worlds would mark a step change, freeing at least part of the fashion world from physical inventory.

Done right, designing looks for games could give fashion the kind of scalability tech enjoys with each new customer coming with a click and the whirl of a server instead of a factory, a trans-Pacific journey in a container ship and some time on the sales rack.

It’s a business model that peeks its head up just as the base business of actually making apparel is under assault with resellers Poshmark, ThredUp and The RealReal all making millions by turning the extra looks in people’s closets into secondhand inventory.

“The digital world allows for however big your fantasy is,” Michaela Larosse, head of content and strategy at The Fabricant, an Amsterdam-based digital fashion house launched in 2018. “One could have a dress made of thunderstorms or a suit made of living vines. All things are possible. That’s not necessarily where we go. We like to have one foot in fashion reality. Our team are all classically trained fashion designers.”

Those designers are also programmers — a skill set that, at least for now, is not common among the fashion-design set.

It’s a combination that the big fashion houses grew more interested last year as much of the physical ground to a halt with COVID-19 lockdowns.

“The phone was ringing off the hook, we had so many requests for proposals,” Larosse said.

That marks a change.

“We’ve had to spend a lot of time validating digital fashion as a relevant and really important sector of the fashion industry,” she said. “Fashion has refused to participate in the 21st century.”

Ultimately, she said, “Fashion will go to where its consumer goes. Fashion is an idea. It’s always had this personal identity kind of factor that doesn’t rely on physicality. We think of it as an emotional experience.”

The company has its own line — which Larosse described as “thought couture, not haute couture” — but currently makes its money helping other brands engage in the digital realm. Fabricant has worked with the likes of Tommy Hilfiger, Puma, Off-White and more.

The Fabricant sold a digital dress for $9,500 last year, collaborated with Atari and many others and has helped brands market their own looks, replacing the carbon footprint of the sample system with digital versions of the looks.

If designing fashions that will never be produced in the real world and then chasing consumers through fantastical digital worlds sounds perhaps frighteningly new, it still is.

But many of the dictates of selling in the physical world will still apply.

“The economic rules that define the real world are the same rules that apply to these economic systems inside of games, because it’s real people making real choices. And the way they make these choices doesn’t change that much,” said Andrew Wagner, author of “The Economics of Online Gaming: A Player’s Introduction to Economic Thinking” and founder and chief investment officer of Wagner Road Capital Management.

Selling fashions within a game are referred to as “cosmetic microtransactions” — and while it’s a business the hard-core gaming set rails against, he said they still buy.

Gamers use fashion — or at least their avatar’s presentation — the same way in-game as they are in real life.

Catering to self-perception and helping to craft presentation are right in fashion’s sweet spot, even if the gaming bit is new.

This article was written by Evan Clark, and first appeared on YahooFinance/WWD: https://finance.yahoo.com/news... 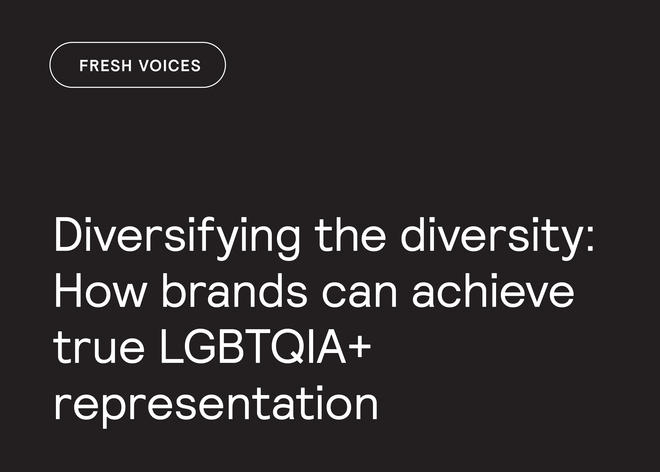 The arrival of Pride season has once again raised the ongoing issue of corporate pink-washing and tokenism in how brands engage with the LGBTQIA+ community. While huge progress has been made in recent years, there is still more work to do before most brands can say they are truly inclusive of the queer community. 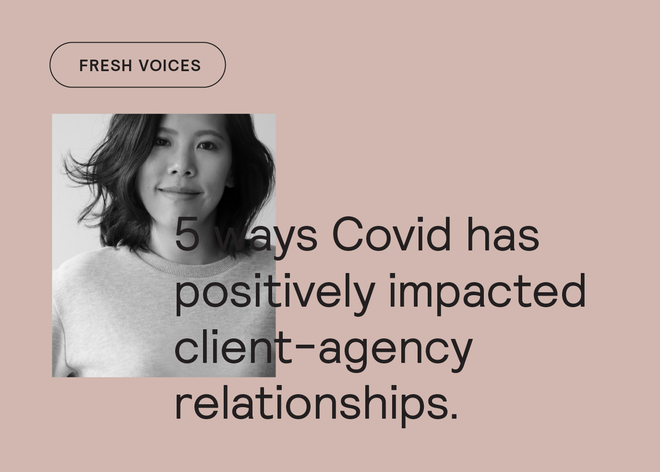 While we can’t ignore the challenges we’ve had to face during the pandemic, one of the most unexpected aftereffects our retail design agency has witnessed, is the positive impact it's had on client-agency relationships. As the dust from Covid-19 gradually settles, here are some of the positive shifts we have been observing in this area. 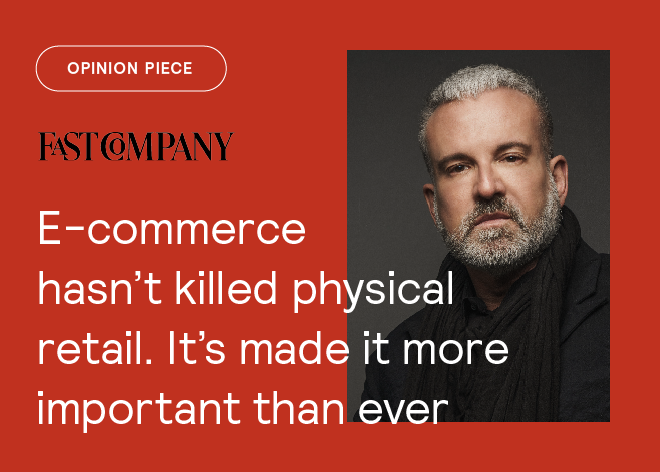 E-commerce boomed during the pandemic. That, coupled with widespread store closures, led many retail pundits to predict the final death of physical stores. Because of that, George Gottl explains why we need a new approach to measuring the hidden value of brick-and-mortar retail.