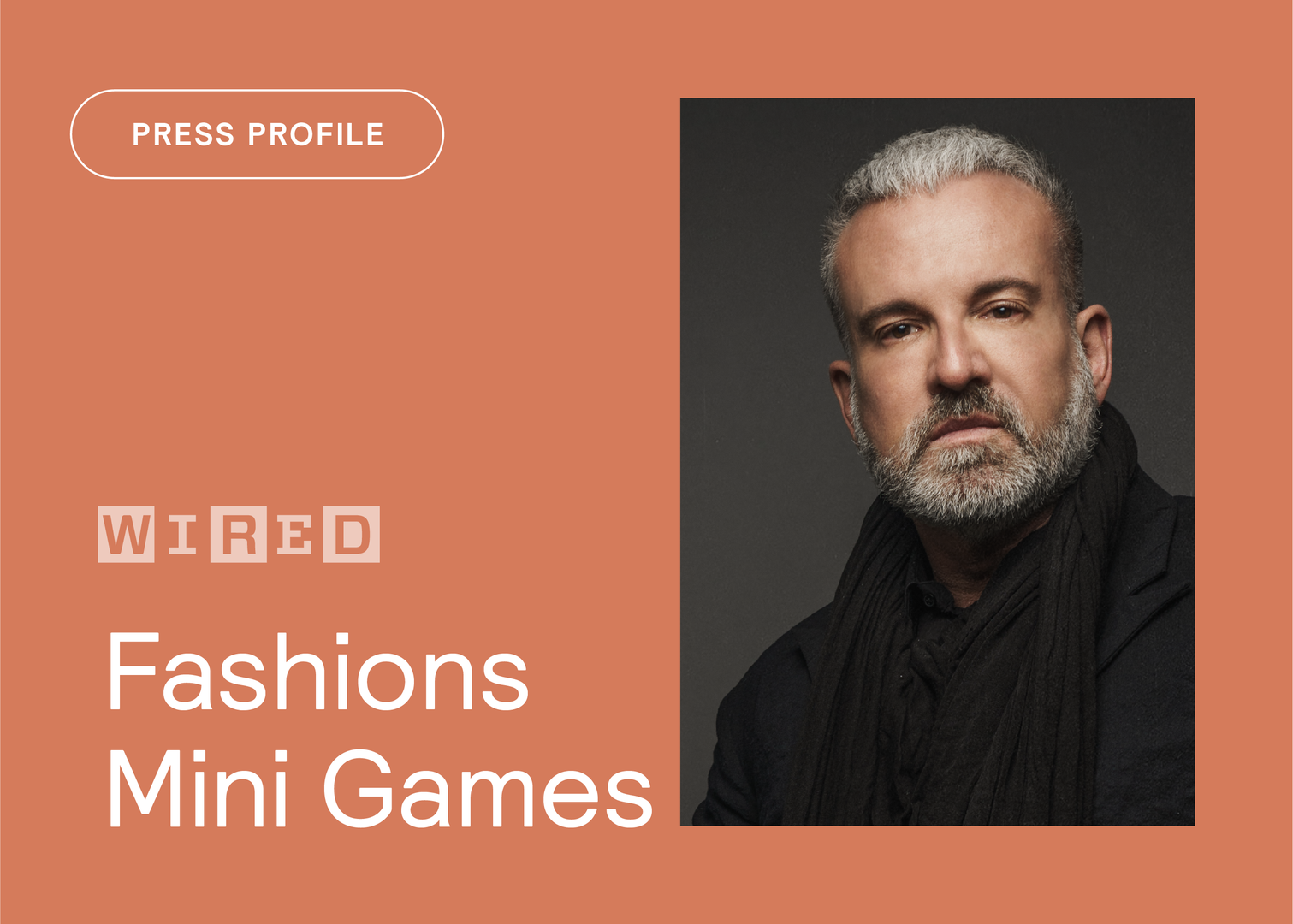 Why Burberry and Gucci are betting on mini-games

WeChat is often viewed as China’s version of WhatsApp, but it’s used for far more than family group chats and sharing memes. The app, which was launched by Chinese tech behemoth Tencent in 2011 as Weixin – Mandarin for “micro message” – is now worth more than $500 billion, growth that has been fuelled by its expanding functionality. WeChat users can use the app to store their ID cards, hail taxis and even pay their mortgage, via its ubiquitous app.

This means that WeChat mini-games – low-skill, easy-to-play games that debuted on the do-it-all platform in 2017 – have become incredibly popular, turning swathes of China’s WeChat-obsessed population into casual gamers. There were 500 million active users of WeChat mini-games in 2020 – almost half of WeChat’s billion-strong userbase – and compared to the general population of gamers, players are, on average, older and include more women.

The growth of mini-games, which accelerated throughout the pandemic, has heralded the “mini-game era” of advertising, particularly when it comes to fashion. The industry saw transaction volumes through WeChat mini-programmes triple in 2020 compared to 2019, according to data released at the 2021 WeChat Open Class Pro conference. Now luxury brands are paying attention.

Burberry, for example, introduced its first WeChat mini-game – B Bounce – in 2019, a playful game that sees players using supercharged Thomas Burberry monogram puffer jackets to race a deer-shaped character to the Moon.

Dior, Balenciaga, Valentino and Gucci have also experimented with WeChat mini-games in China, where the typical luxury buyer is of a much younger demographic than in the west. China also has an incredibly digitally-active consumer culture that often uses luxury as a self-identifier of success.

However, while engaging with these consumers is key in order for luxury brands to remain relevant and connect with a new generation of potential customers, it remains unclear whether these brands have yet managed to monetise mini-games. That’s not because consumers aren’t willing to pay (SensorTower data shows that users spent $36.6 billion on in-app purchases within games in the first half of 2020), nor is it because there’s no money to be made: brands keep 60 per cent of in-game transactions and are able to bypass costs associated with typical app development on Android and iOS.

However, the reason is more likely that luxury brands haven’t invested much in their development. A good quality mini-game can cost between $30,000 to $50,000 and require several months of work, whereas the majority of luxury mini-games are more basic. Traditionally, luxury brands have relied heavily on brick-and-mortar stores and so came to digital marketing as relative latecomers. Many don’t have the in-house talent nor the expertise required to come up with well designed online games that connect the brand, generate traffic and ultimately increase conversion.

“Luxury brands need to adapt to the new mindset of consumers and invest in this area. New luxury is about social currency, access and peer groups rather than pedigree, traditional wealth or craftsmanship,” says George Gottl, chief creative officer of UXUS, a retail designer that works with Selfridges, Bloomingdales, Sephora, H&M and Levi’s. “Luxury brands haven’t been investing enough in the gaming industry because they haven’t understood how important this shift in focus will be for their future success.”

A lack of expertise and understanding might not be the only reasons that many luxury brands aren’t willing to make the investment. Pete Lin, regional managing director, North Asia, of We Are Social, says: “The games must feature the latest products, which have very limited shelf lives. So investing too much to develop a game that has only a month or two of airtime simply doesn't make sense.”

However, while interest in these games can be fleeting, some expect these budgets to increase, particularly as the success of these campaigns can be hard to quantify. While it’s difficult to measure ROI on mini-games, which is likely the reason brands are moving more tentatively in this area, the games themselves have the potential to contribute to the brand ecosystem and customer engagement.

“Luxury brands still have a lot of their budget tied up with the hugely costly celeb-fronted campaigns,” says Karl Sandor, chief visionary officer at The Growth Guys. "As these old giants start to shift towards newer ways of growing their digital assets and customer lists, they are starting to realise that every bit of data is key in this 21st-century gold rush. Give it a few years… their budgets will increase.”

“Companies are trying to forge a connection with their next generation of buyers. These customers have intuitive ease when it comes to using new technology, and are looking for meaningful and individualised brand relationships,” Sandor says.

WeChat owner Tencent makes a third of its entire revenue from online gaming, so it’s no surprise it has big plans for the mini-game format in the future. However, while mini-games have rapidly amassed half a billion users, the rapid pace at which the digital marketing world moves means they’re unlikely to remain brands’ go-to marketing tool. Though apparel transaction volumes may be tripling, the market is already shifting towards purchases of products that don’t physically exist at all.

Faisal Mumtaz, marketing director at 20ten, an agency that has worked with League of Legends and Call of Duty, says: “With the rise of NFT’s [non-fungible tokens] allowing digital art to now to be traded around the world and as a genuine form of ownership, the next generation of consumers are going to be much more comfortable purchasing digital-only items from luxury brands.

“Roblox, the recently floated gaming platform, will also serve as an ideal initial touchpoint for luxury brands to enter the worlds of Gen-Y, as Gucci has recently demonstrated with their digital sneaker launch.”

In March, the luxury house became the first to sell AR sneakers, the Gucci Virtual 25, a $12 chunky low-top/high-top hybrid with fluorescent green uppers – and it doesn’t physically exist. The “shoe” was created with AR marketing company WANNA, whose co-founder and CEO Sergey Arkhangelskiy has stated that he believes that in five to ten years a relatively big chunk of fashion brands’ revenue will come from these kinds of digital-first products.

This article was written by Carly Page and originally appeared on Wired: https://www.wired.co.uk/articl... 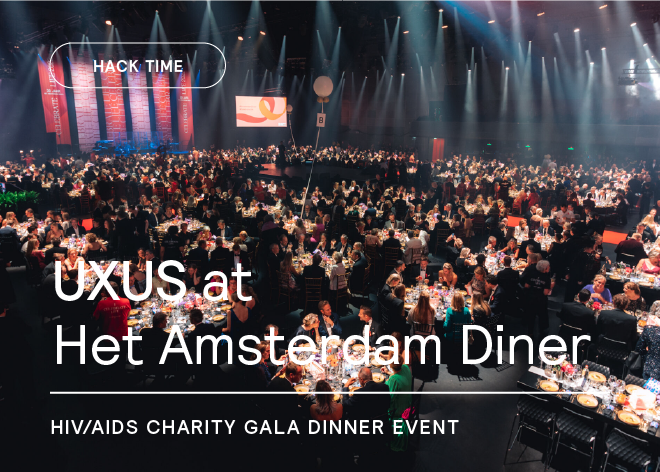 The 'Het Amsterdam Diner' gala charity dinner event was celebrated on Saturday the 25th of June with breaking record numbers in donations and we supported them as a sponsor by designing all the branding communications. 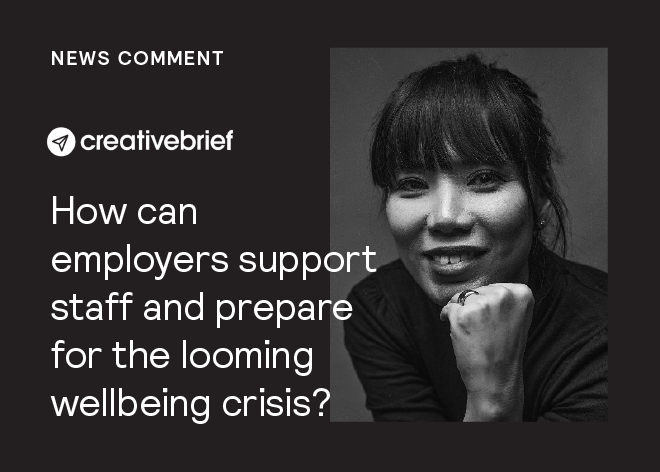 Barely a day goes by in the creative industries without another hot take on the war for talent. In a candidate-driven market agencies and brands are having to rethink their value proposition for staff. Nowhere is this more true than when it comes to making a meaningful and positive impact on staff wellbeing. 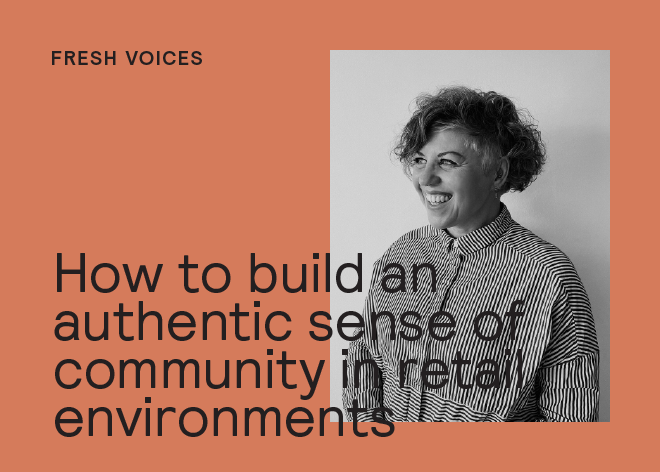 A recent community initiative in North London reminded me of the immense power that creativity and design has to bring a community together - and how important it is to draw on this power in retail and hospitality design now, more than ever, as people experience a renewed appreciation for what it means to gather together and socialise.